Which car brands receive the most parking tickets?

No matter what car you drive, you can’t escape receiving a parking ticket if you’re parked illegally or parked somewhere for longer than you should be. Yet for some car brands more than others, your make of car is more likely to have a parking ticket slipped under the windscreen wiper – but which?

Able Systems has carried out research into the cities and areas where councils have handed out parking tickets in 2019 including data on the car brands involved.

Our freedom of information requests across UK towns and cities revealed these results: 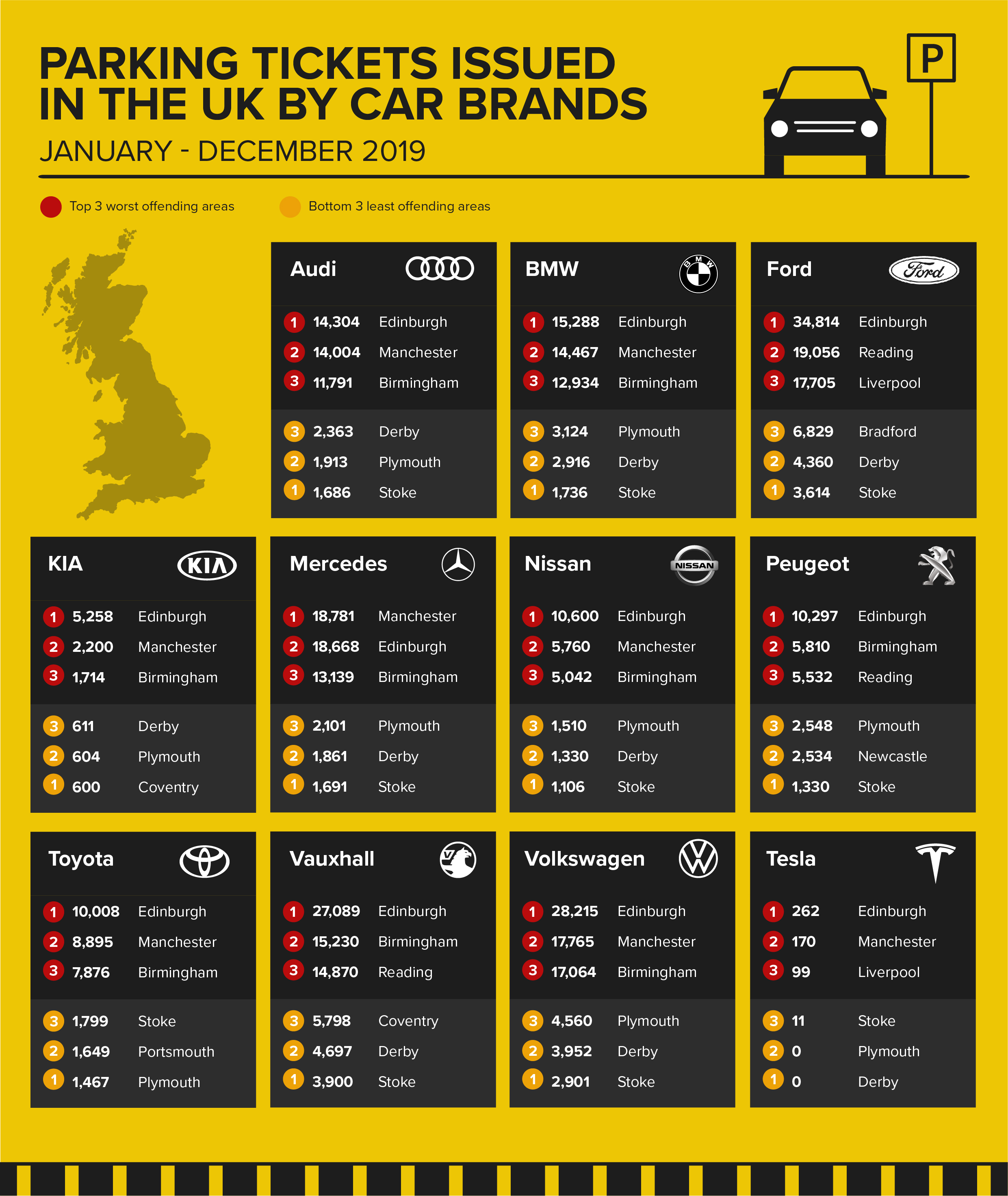 The three brands that came out on top for receiving the most parking fines in the UK in 2019 were Ford with 205,910, Volkswagen (VW) with 179,537 and Vauxhall with 172,679. It doesn’t come as much of a surprise as these are three of the most popular car brands in the UK – in fact in 2019 the Ford Fiesta, Vauxhall Corsa and VW Golf were three of the vehicles that made up the top five most bought types of car. Indicating just how popular they are!

For all three of these car brands, the worst offending city for parking fines was Edinburgh – which according to our research was the UK city with the most parking violations that received a penalty notice (outside of London).

With Ford coming out on top nationally, it didn’t take the crown for every city. Vauxhall was found to have the most fines in Derby, Leicester and Stoke, while VW was the highest offending brand in Manchester, Birmingham and Newcastle.

The mainstream car brand least likely to have received a parking fine in 2019 was the Kia - which in total was hit with less than 25,000 parking tickets.

Do parking tickets tell us where Tesla owners are?

In 2015, Tesla released an Aprils Fools update for its Model S, tricking drivers and car fanatics that it had introduced a ticket avoidance feature within its car . Sadly this wasn’t true and Tesla drivers are still being caught out in the UK for parking offences.

Although Tesla is reported to be one of, if not the fastest growing car brand in the UK , as drivers continue to become more aware of their carbon footprint, it still lags some way behind the more established traditional car brands like Ford, VW and BMW. Through parking fines are we able to see where Tesla owners most likely call home? 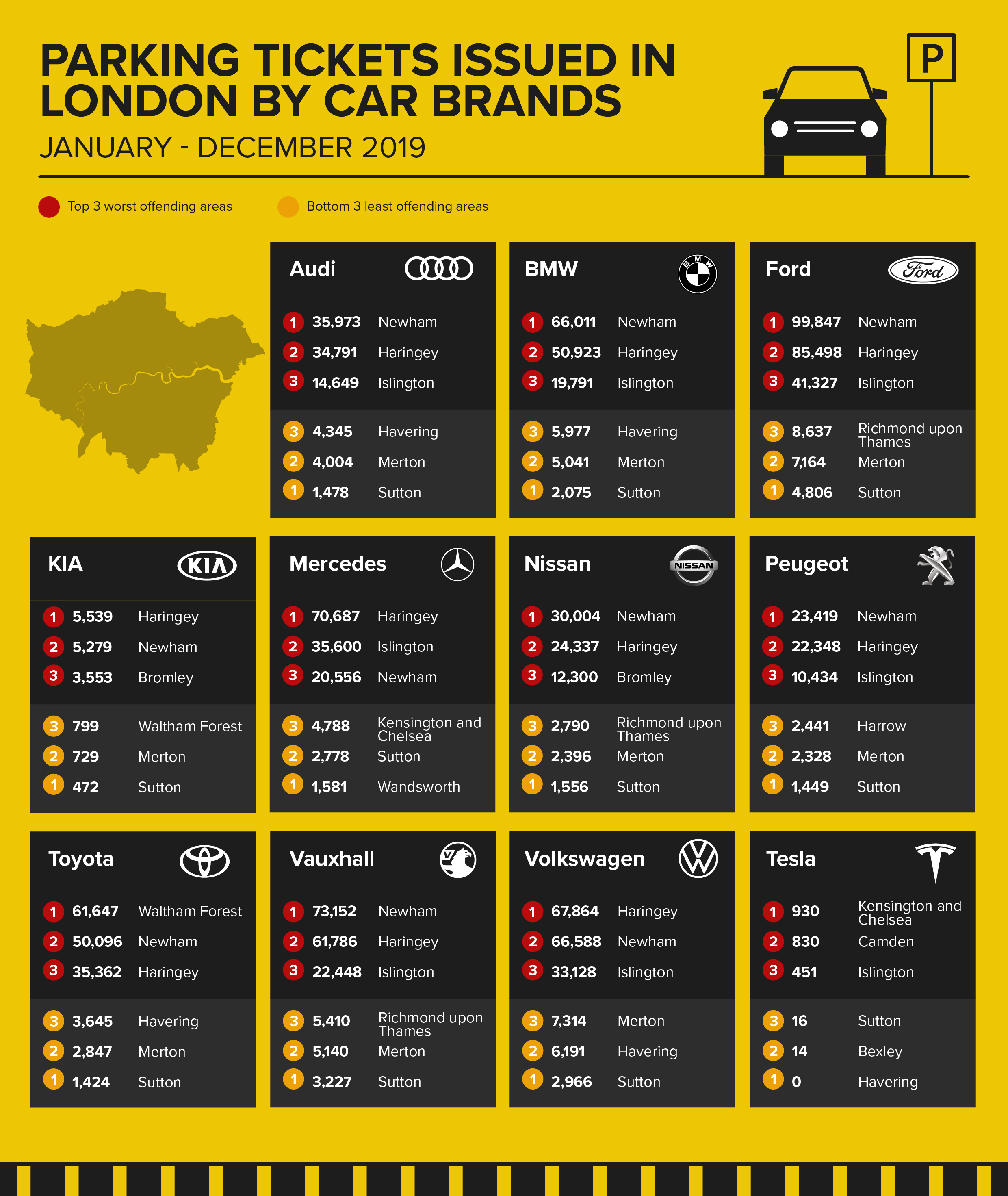 With the cost that comes alongside owning a Tesla, it’s therefore not surprising that the areas where Tesla’s receive the most fines tend to be very affluent. Kensington and Chelsea, which recorded over 200,000 less parking tickets than London’s highest ranking borough, Islington, came out on top for Tesla with 930 tickets – compared with Islington’s 451.

London boroughs made up the entire top six on the list, with Edinburgh (seventh) and Manchester (ninth) the only areas outside of London making the top ten.